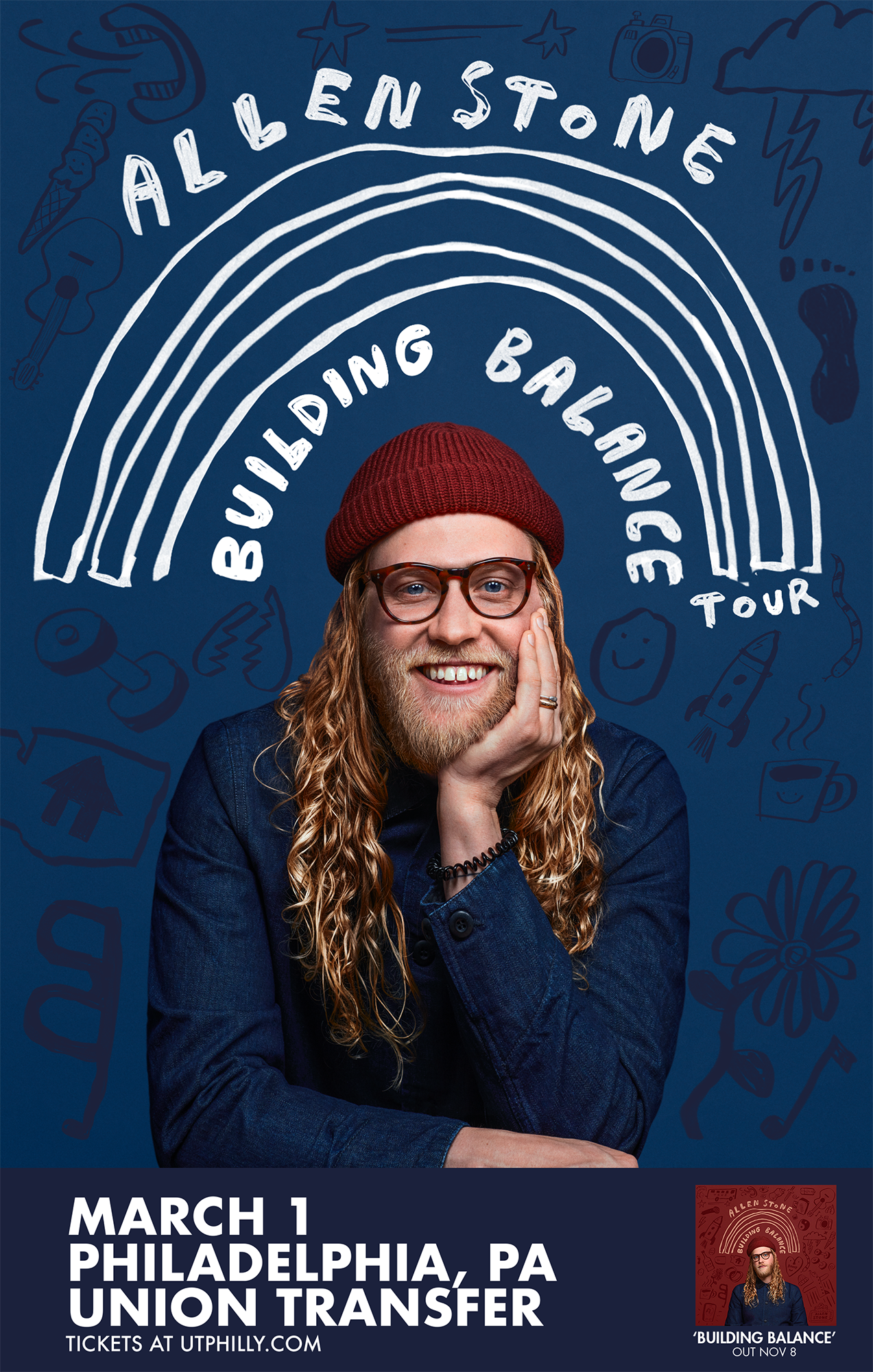 Dedicating your time to music is a choice, and not one Allen Stone has ever taken for granted, but it’s not necessarily one he’s been doing on his own terms quite like he is now. His new album ‘Building Balance’ is a textured amalgam of R&B and soul, putting front & center a fully evolved artist who has grown into his own and learned to balance and appreciate all parts of his life: the vices of the past and the gifts of the present, career and family, the brilliant highs and discouraging lows.

‘Building Balance’ spans a time period in which Allen, now 32, had to try and figure out how the old and new parts of his universe were going to co-exist. How do you build a balance when life feels so extreme? Is it selfish to chase the road while also desiring romance and domesticity? That’s what Allen Stone asks immediately on the opener “Brown Eyed Lover”, incidentally the first song he wrote for the LP. The track is a big stropping groove where he sings about having met this match, but he’s at a crisis of conscience because “I don’t wanna keep her waiting.” He explains it: “I was at that point in my relationship where I was either all the way in or I gotta get out. I knew that I’m not gonna find anything better. But I don’t wanna act like a martyr.”

Still in his early 20s, South East Londoner Samm Henshaw’s resumé is already chockful of accomplishments–a testament to his raw talent and ability to connect with people, nevermore evident than in his standout live performances, whether at his sold-out concerts in London or showcases in New York and Los Angeles.

In 2016, Samm performed on popular UK late-night, Later With Jools Holland which led to massive support tours with Chance the Rapper, James Bay and Rag’N’Bone Man. He then spent the following 18 months playing sold out headline shows and festivals including Glastonbury, Bestival, Latitude and Rize. Meanwhile, at the BBC he was tipped for 1Xtra’s Hot For 2017, had multiple playlists at 1Xtra, a 1Xtra Live Lounge plus Radio One support on his two Sound Experiment EPs.

After the release of “How Does It Feel?”, “Broke”, and “Doubt”, Samm returns in 2019 with his lead single “Church” (feat. Earthgang) — a fun and high-energy record that will you give you a true taste of his forthcoming debut project, Reverend’s Son.