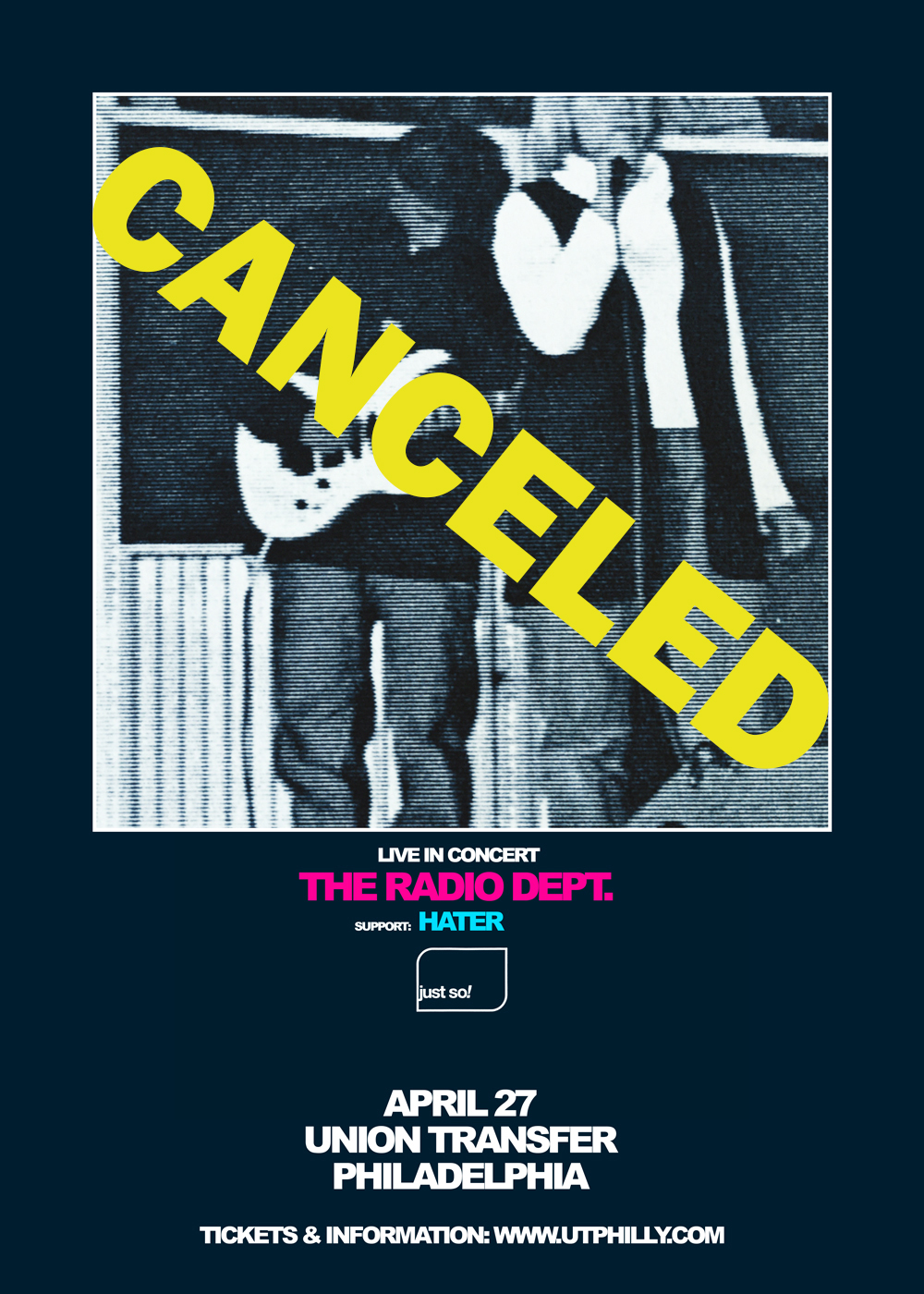 The Radio Dept. was formed in Malmö, Sweden in 2001 by Johan Duncanson and Martin Carlberg. Out of a great review in the music magazine Sonic (2002) they gained interest from the label Labrador. After a few EPs, the band’s debut album Lesser Matters was released in January 2003 to much critical acclaim. When re-released by XL Recordings the band started to reach audiences internationally. All three singles from the album were featured on the “Single of the Week” page in NME. The group enjoyed a more widespread recognition after three tracks (“Pulling Our Weight,” “I Don’t Like It Like This” and “Keen on Boys”) were included on the soundtrack for Sofia Coppola’s feature film Marie Antoinette. In 2006, Pet Grief was released and in 2010, Clinging to a Scheme. A lot of international touring followed as well as a compilation of A and B-sides Passive Aggressive in 2011. While writing on their fourth and final album under their deal with Labrador, the band got caught up in a legal battle with Labrador, which in distress ultimately made the band scrap the album they were working on. After starting over, Running Out of Love was finally released in 2016. The band left Labrador and decided to find a setup where they were in complete control of their releases. This resulted in forming the label Just So! in 2017. The band’s studio work is an ongoing, continuous process which since the birth of Just So! have resulted in a couple of new singles.

Formed in Malmö during the early part of 2016, the sweet but spiky indie pop quartet Hater follow in the long tradition of sparklingly clean Swedish indie pop like the Concretes and Club 8. Their ultra-melodic songs aren’t afraid to get a little dark, however, and in vocalist Caroline Landahl the band has a singer who can go beyond bittersweet and into real sadness when the need arises. Comprising Landahl (who also plays guitar), guitarist Måns Leonartsson, bassist Adam Agace, and drummer Lukas Thomasson, all of whom had experience playing in other bands in the city.

Hater began recording their first single almost immediately after forming. With producer Joakim Lindberg at the helm, they recorded a three-song EP and soon signed with Swedish label PNKSLM, who released the EP in July of 2016. By the time the record was out, the band was back in the studio working with Lindberg for a full album. The finished product, ‘You Tried’, was released by PNKSLM in July of 2017, and the band soon went on tour with The Radio Dept.

The album garnered a lot of positive press and also caught ear Fire Records ears. Their first release with Fire was a four-song EP, ‘Red Blinders’, which came out in December of 2017. Hater headed out on a headlining tour of Europe, then retreated with Lindberg to Studio Sickan outside Malmö to begin recording their second album. The bandmembers worked together to come up with a more diverse batch of songs, with influences ranging from widescreen synth pop to sparse post-punk ballads.

The result was ‘Siesta’ (September of 2018) produced by Joakim Lindberg (Yast and Hey Elbow) at Studio Sickan within old railway sheds outside of Malmö Sweden. Hater tackle their personal experiences of life, love and relationships yet through their shared songwriting there’s a togetherness. Synth pop earworm ‘It’s So Easy’ contrasts the slower paced ‘I Wish I Gave You More Time Because I Love You’ that blends beautiful sweeping sax from Inge Petersson Lindbäck. The haunting metronomic beat of ‘I Sure Want To’ calls to mind local residents Death And Vanilla, Hollywood glamour exudes on shimmering ‘Things To Keep Up With’ and ‘Cut Me Loose’ captures those long youthful days of summers gone by… “Wouldn’t it be fun? Noon is halfway and I feel gone”.

Hater “boast Marr-esque guitars and vocals reminiscent of fellow Swedes The Concretes” (Norman Records) whilst having the pop sensibilities of The Chills, Alvvays, Snail Mail and Makthaverskan. Among those to declare themselves fans were the band’s heroes in The Radio Dept who asked them to open for them on their first Scandinavian tour in five years.

The band made their debut UK show in London earlier in 2017, and have since played at Roskilde Festival, with an extensive UK/EU tour in 2018, that included festivals like SXSW, Eurosonic and Ment.