Dave Hause And The Mermaid 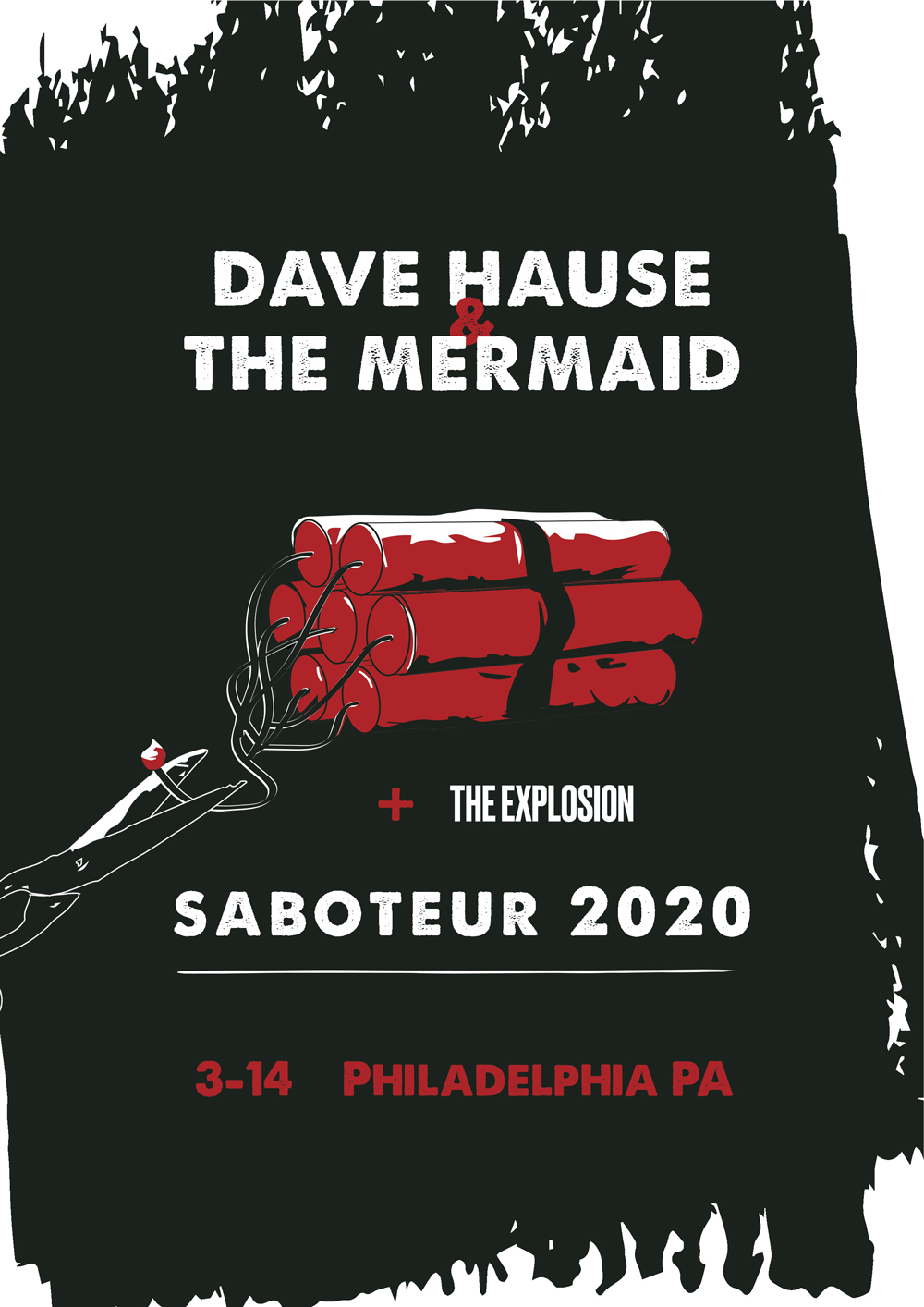 Life is a struggle. Even when things go our way, it’s a constant swim against the tide, kicking against the current in the hope we’ll eventually find the shore. That’s the premise behind Dave Hause’s fourth album, Kick. Kicking was the first thing he saw his newborn twins do and it’s something he himself has been doing all his life. His career as a musician has spanned two decades, and his songs have always been a quest for personal survival – about pushing through against the odds – but his perspective shifted dramatically after the November 2016 election.

This installment, out April 12th on Rise/BMG, finds Hause carrying on in the voice and tradition of classic American songwriters by tackling topics of hope, depression, global warming, a crumbling democracy, and growing old. These complex notions weave together with a joyous sing-along cadence that creates a soundtrack for the broken American dream. “The shift in American culture became really acute right as we put out my last album,” Hause explains. “All this great stuff was happening for me personally but with this backdrop of American ideals and American culture seemingly caving in.”

Those conflicting feelings sparked some deep, soul-searching conversations between Hause and his brother, whom he calls his musical soulmate, and Kick came together as the brothers worked more collaboratively than ever before, with Tim in Philadelphia and Dave in Santa Barbara. Over numerous Face Time sessions, voice notes and many, many calls, the pair found the album’s purpose and focus. “If the glaciers are melting, what’s the point?” asked Hause. “When the tide seems to be pulling you towards a black hole, what do you do? And I asked Tim that question and he said ‘You kick against it. I don’t know what else to do.’”

Boston punk quintet the Explosion was formed in the autumn of 1998 by vocalist Matt Hock, guitarist Dave Walsh, ex-In My Eyes bassist Damian Genaurdi, and drummer Dan Colby; the subsequent addition of former Trouble guitarist Sam Cave completed the lineup. The group made its Jade Tree debut in 2000 with a self-titled EP; tours with labelmates the Promise Ring and Turing Machine preceded the summer release of the full-length Flash Flash Flash. The EP Steal This followed later that fall on Revelation, and by the year’s end, Colby had been replaced on drums by Andrew Black. Extensive touring followed, with the band supporting such acts as the (International) Noise Conspiracy, Rocket from the Crypt, and Cave In. The Explosion returned to wax in 2003 with Sick of Modern Art, issued through their own Tarantula imprint, before the guys jumped to Virgin for their 2004 major-label debut, Black Tape. Recorded in December 2004, Live in Boston followed next. Cave exited the Explosion at the end of 2004 and was replaced by ex-Let It Burn guitarist Chris Gonzales. In February 2007, following the completion of their next effort, Bury Me Standing, the Explosion were let go from their contract with Virgin and began shopping around for a new label to release the record. That spring the band announced its breakup via a message on their website; final summer shows and an eventual release of Bury Me Standing were the Explosion’s final gifts to fans. ~ Jason Ankeny, Rovi