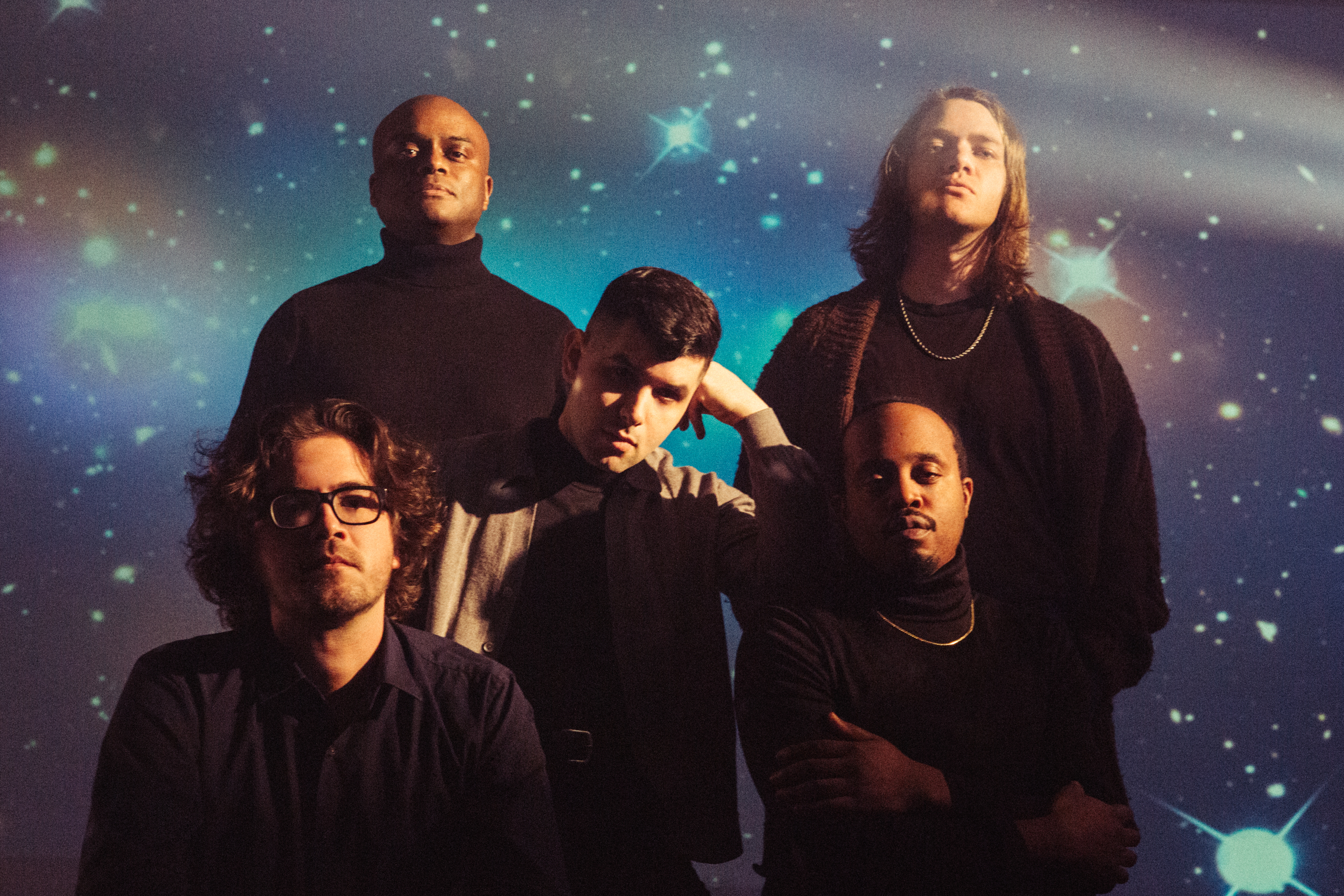 “At the end of the day, I just want people to close their eyes and forget where they are. Just the way a Stevie Wonder album does for me,” says Durand Jones. Pushing beyond the boundaries of the funk and soul on their previous releases, Private Space, Durand Jones & The Indications’ third album, unlocks the door to a wider range of sounds and launches boldly into a world of synthy modern soul and disco beats dotted with strings. It’s an organic, timeless record that’s as fresh as clean kicks and familiar as your favorite well-worn LP.

Developed after being apart for much of the year, Private Space is creatively explosive and delights in upending expectations. Its 10 tracks are both an escapist fantasy and a much-needed recentering after a tumultuous 2020. Throughout, The Indications highlight a collective resiliency – as well as the power of a good song to be a light in the darkness.

Anchored by a crate-digging sensibility and the high-low harmonies of Aaron Frazer and Durand Jones, Private Space shows The Indications’ mastery at melding revival sounds with a modern attitude. From an Indiana basement (where the band recorded their 2016 self-titled debut LP as college students), The Indications have catapulted into the soul limelight and onto an international stage. Following their sophomore album American Love Call — a dreamy but pensive record of big string arrangements and sweet soul stylings — The Indications became revered by vintage music fans, the lowrider community and late-night television.

The Indications (Durand Jones – vocals, Aaron Frazer – drums/vocals, Blake Rhein – guitar, Steve Okonski – keys, Mike Montgomery – bass) are equally beloved for their energetic, joyous shows, dual lead singers and thoughtful songwriting. Between production work, solo efforts and major sold-out shows, Durand Jones & The Indications continue on an unstoppable upswing. With live music temporarily out of the equation, The Indications were able to dive deep into recording their third LP. They carved out their own private space for creation and are now sharing it with you.

Uptempo tracks like “Witchoo,” “The Way That I Do” and “Sea of Love” conjure the flicker of a disco ball, their pop-funk grooves recalling Idris Muhammad and Raphael Saadiq as well as Pete Rock and DJ Premier. After reconnecting and shaking off your gloom on the dancefloor, Private Space’s seductive nod to Philadelphia soul invites you to head back home and ease into a room with a lover. You’ll slow it down as the group evokes the likes of Teddy Pendergrass, the Isley Brothers and Sylvia on “Ride or Die” or “More Than Ever” (“I’ve never felt so sexy as when I was singing that track,” says Durand).

While Private Space is an intentional departure from The Indications’ roots in ‘60s funk and soul, its exploratory vibe is true to their origins and evolving tastes. “There’s a lot of the band’s original DNA, but it’s not a time capsule,” says Blake Rhein. “The stuff I get most excited about is an amalgam of genres and retro influences, as well as modern pop conventions.” The sound of Private Space isn’t a stretch, Aaron adds. “We’re actually revealing more of ourselves, a deeper and broader look into who we are as musicians and fans.”

Settled in a cabin in upstate New York, the five-piece spent significantly more time experimenting with sound than previous releases. “It was like this buildup of all the ideas, the love, and the need to make music with these guys again,” Durand says. They leaned into

songwriting and brought in vibraphonist Joel Ross (Blue Note), an eight-piece string section and friends from the group 79.5 to sing backups. From ideation to the final album cut, Private Space is a meditation on what gets us through isolation and loss: community, love and friendship.

Each Indications album opens with a statement of political consciousness; a musical State of the Union that sets a tone. As Nina Simone once declared, “I choose to reﬂect the times and situations in which I ﬁnd myself. That to me is my duty.” Private Space leans into hope, coalescing around the idea that joy can set us free. “I want listeners to know that through really rough times something beautiful can be birthed,” says Durand, who proclaims on “Love Will Work It Out” that “All the people lost made me fall right onto my knees/all I could do was cry and shout/I knew I had to trust the faith that love would work it out.”

Durand Jones & The Indications have long provided the soulful soundtrack for such deep thoughts, both on stage and on your turntable. But as the world slowly resets from the chaos of the past year, Durand Jones & The Indications’ Private Space is arriving at just the right time. “I feel we’ll be arriving into people’s lives as they’re exiting a really tough period,” Aaron Frazer theorizes. “We’re not out of the woods, but hopefully this allows people to get together again, to share and experience catharsis.”

79.5, a band from NYC. It’s disco to the beat of modern house; it’s a Supremes cover of a Cardi B banger; it’s Roland Kirk playing jazz through one saxophone, funk through another, and the most earwormy pop tune the 1970’s could muster through a third. Debut record “Predictions” out September 28th, 2018 on Big Crown Records. Produced by Leon Michels, Co-Produced by Jens Jungkurth