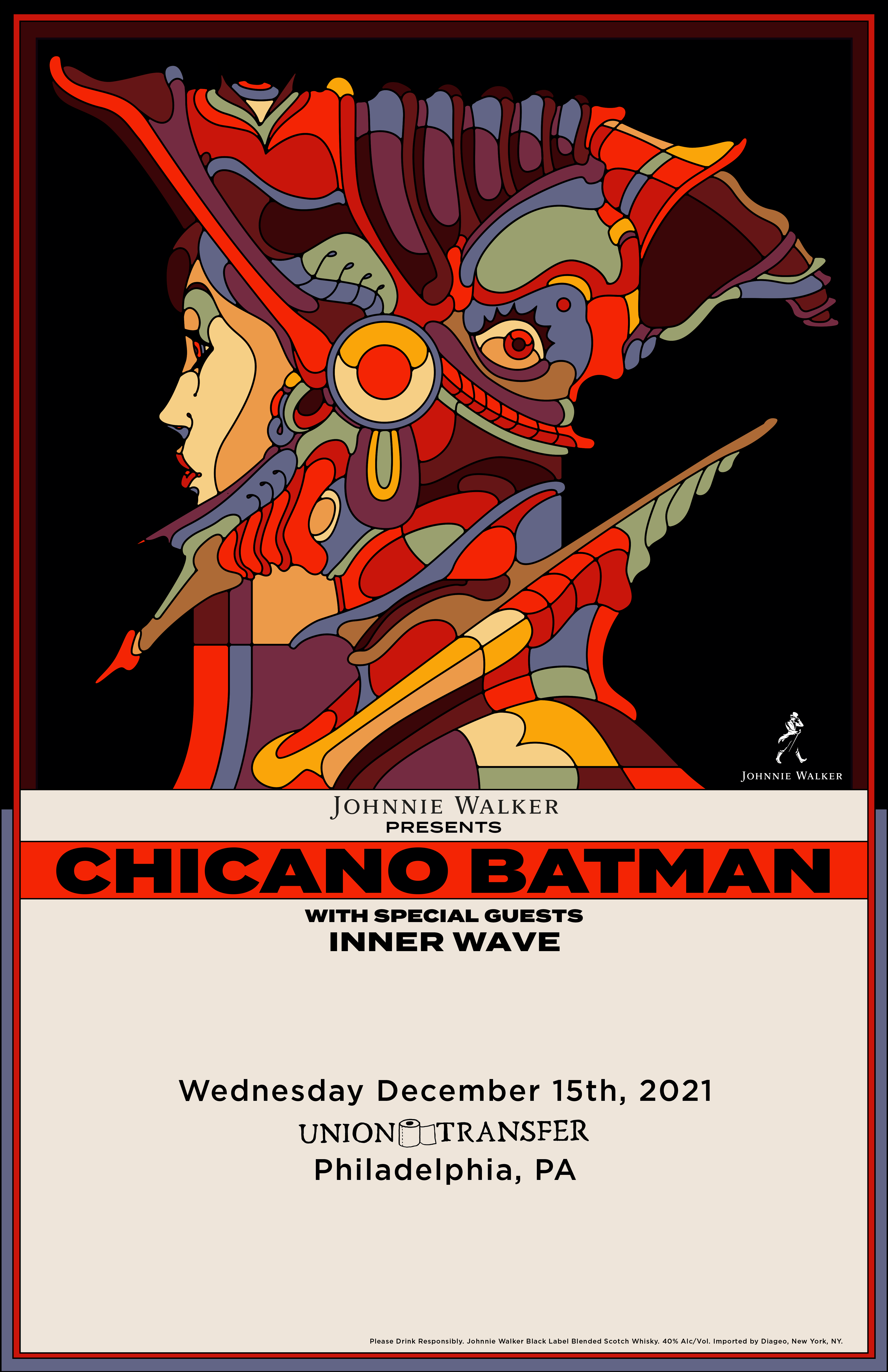 Tickets On Sale Friday April 23rd at 10am!
Wednesday, December 15
Show | 8pm // Doors | 7pm
$18
The originally scheduled June 16th show with Chicano Batman has been moved to December 15th, 2021! Your previous tickets will be honored for the new date. You do not need to do anything different — just show up with your ticket(s) on the night of the show! Any questions, please e-mail us direct at info@utphilly.com.
RSVP on Facebook

Los Angeles psych-soul four-piece Chicano Batman have released their new album Invisible People, their most sonically-varied and cohesive album to date. The record is a statement of hope, a proclamation that we are all invisible people, and that despite race, class, or gender we can overcome our differences and stand together.

For the album, the band worked with Shawn Everett, the GRAMMY-award winning mixing engineer known for his work with Alabama Shakes, War on Drugs, Kacey Musgraves, and Julian Casablancas. With Leon Michels’ (Sharon Jones & The Dap-Kings, Lee Fields & The Expressions) producing and Everett’s mixing steering the record’s direction, the band’s lush Tropicalia-tinged sound has transformed into their most polished and densely layered. Invisible People is an illuminating and encapsulating sonic landscape, one that hasn’t lost the essence that put Chicano Batman on the map.

The group who combine “soul, surf and Tropicália into a raging blend of fire and excitement” (Rolling Stone) are celebrating the announcement with a new single and video for “Color my life.” Directed by George Mays, the video is a psychedelic collage of visuals that sees the band grooving to synths amongst palm tree-studded backgrounds of Los Angeles’ streets, beaches, and boardwalks.

“[It’s a] neck breaker from the future, beckoning a retreat to nature in the apocalyptic dawn,” says lead singer Bardo Martinez of the track and accompanying visuals. “This is Chicano Batman’s new single for all generations past and for all those yet to be born. Everything is everything, brothers and sisters.”
Chicano Batman source their high-spirited alternative synthesis from tropicália, West Coast psychedelia, and late-’60s/early-’70s soul. Made up of Eduardo Arenas (bass, guitar, vocals), Carlos Arévalo (guitars), Bardo Martinez (lead vocals, keyboards, guitar), Gabriel Villa (drums), Chicano Batman has been well-respected locally for the best part of a decade. The group has opened for Jack White, Alabama Shakes, Vampire Weekend and Portugal. The Man in recent tours and has played major festivals like Coachella and Bonnaroo. After signing with ATO Records, the group released Freedom is Free in 2017, teaming up with Leon Michels to craft an ambitious sonic experience that enhances the soul and R&B elements of their sound.

Tickets On Sale Friday April 23rd at 10am!