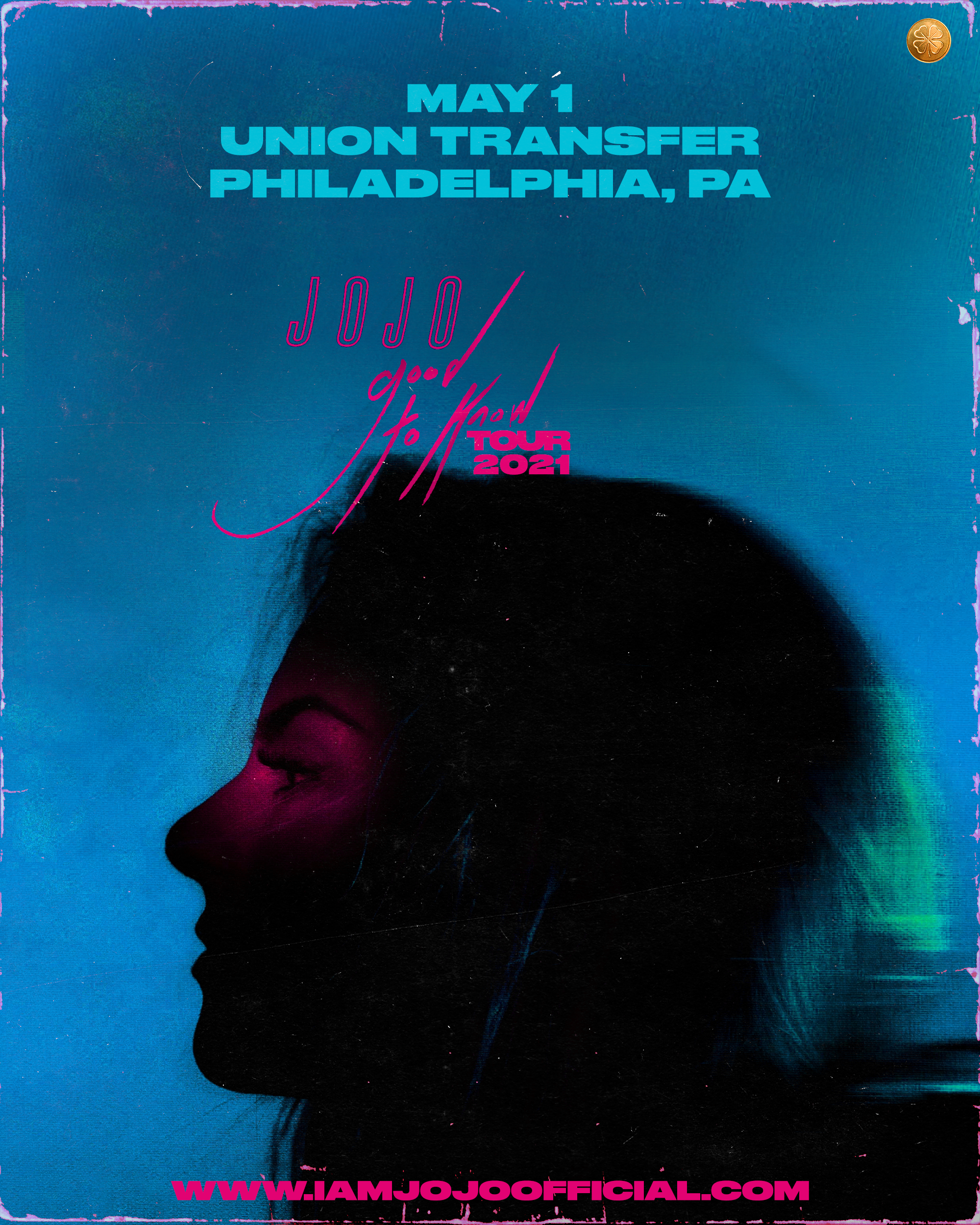 Buy Tickets
Saturday, May 01
Show | 8:30pm // Doors | 7:30pm
$30
The originally scheduled November 23rd show with JoJo has been moved to May 1st, 2021. Your previous tickets will be honored for the new date! You do not need to do anything different! If you cannot make the new date, we are happy to offer a variety of exchange options. Requests must be made by July 30th. For the quickest response, e-mail us directly at info@utphilly.com.
RSVP on Facebook

JoJo [born Joanna Levesque] is a chart-topping, award-winning singer, songwriter, and actress who, at just 28 years old, is already a veteran of the music industry – but she is ready to write her next chapter. Now signed to Warner Records through a joint venture with her own Clover Music, JoJo has begun with new releases “Joanna” and the Doc McKinney-produced “Sabotage (feat. CHIKA),” and is looking ahead to her new album to come in spring 2020. Having released her self-titled debut album when she was just 13, JoJo’s breakout smash “Leave (Get Out)” made JoJo the youngest-ever solo artist to have a debut #1 single in the U.S. and to be nominated for “Best New Artist” at the MTV Video Music Awards.  The album went on to sell over four million copies and became the singer’s first Platinum record, which she followed with a string of additional hits, most notably the Top 3 single “Too Little Too Late” from sophomore album The High Road. In 2016, JoJo made a heralded return to music with her first new album in 10 years, Mad Love. – debuting Top 10 on the Billboard Top 200 and earning her unanimous critical acclaim from the likes of TIME, Pitchfork, Rolling Stone, Cosmo, Entertainment Weekly and more. Last year, JoJo re-recorded and re-released her first two albums (JoJo and The High Road) under her own label Clover Music, after years of legal battles with her former label that prevented the albums from existing on digital platforms. She has also pushed herself outside the confines of genre, recently collaborating with artists ranging from PJ Morton [on the GRAMMY-winning R&B hit “Say So”] and Jacob Collier [lending her vocal stylings to the jazzy “It Don’t Matter”] to Tank on his latest “Somebody Else.”