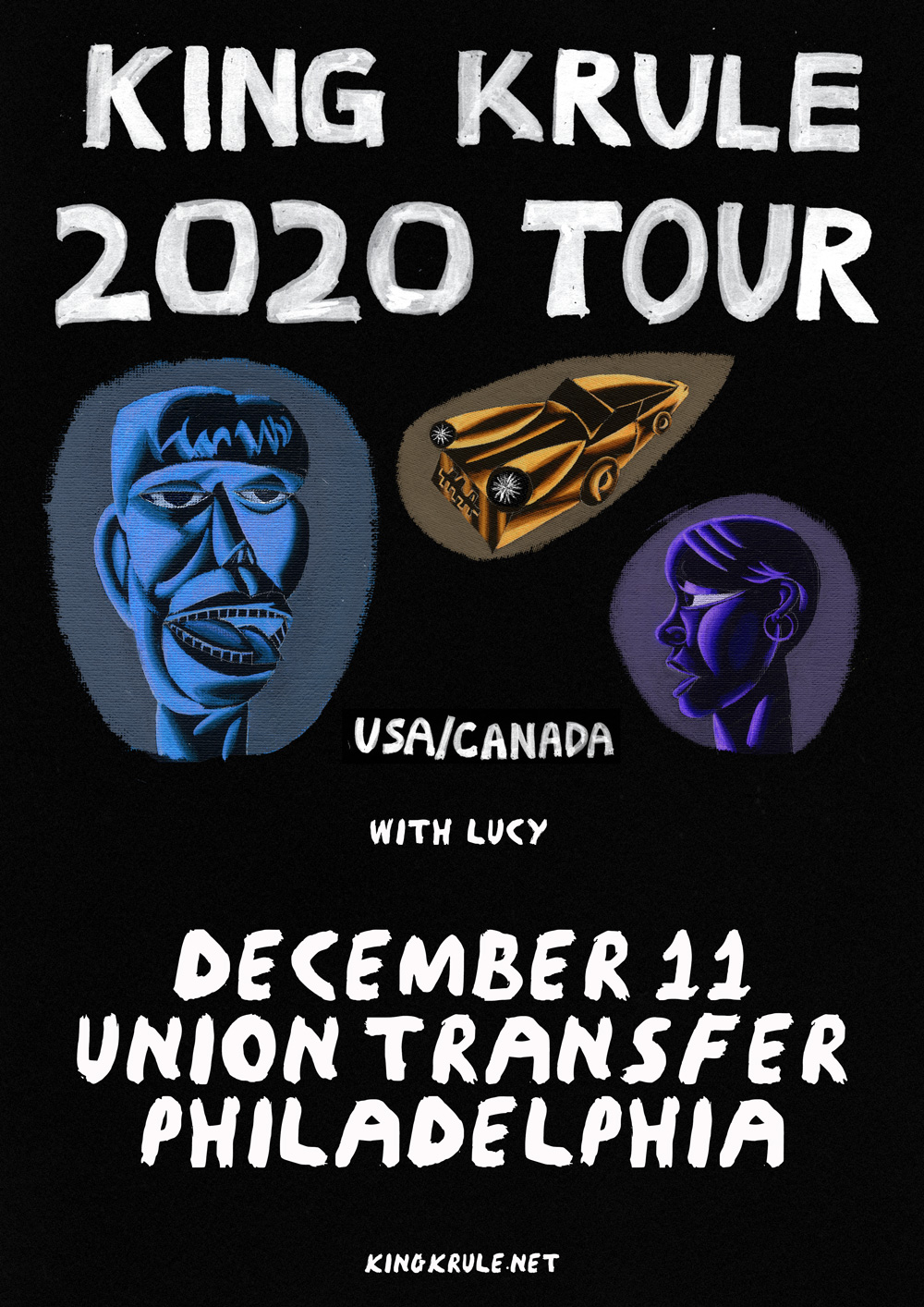 Buy Tickets
Friday, December 11
Show | 8:30pm // Doors | 7:30pm
$30
The originally scheduled April 21st show with King Krule has been movedto December 11th. Your previous tickets will be honored for the new date. You do not need to do anything different! If you cannot make the new date, we are happy to offer a variety of exchange options. Requests must be made by March 29th. For the quickest response, e-mail us direct at info@utphilly.com.
RSVP on Facebook

Named after King K. Rool, a character in the Donkey Kong series of video games, King Krule is a solo project of Archy Marshall, a London-based artist who has been compared to Joe Strummer and Billy Bragg and admired by Beyoncé and Kanye West. The singer, songwriter, guitarist, and keyboardist raised eyebrows with the 2010 single “Out Getting Ribs,” released under the alias Zoo Kid, which showcased his distinctively raw voice. Anticipation for Marshall’s first album grew, as the song earned him a spot on various high-profile “artists to watch” lists, as well as a nomination in BBC’s Sound of 2013 poll. In 2013, while still a teenager, Marshall released the first King Krule album, 6 Feet Beneath the Moon, on XL in the U.K. and True Panther in the U.S. Marshall then collaborated with his brother Jack for the relatively fluid, more electronic A New Place 2 Drown. Released in 2015 and credited to Archy Marshall, its physical edition was packaged with a 208-page book of poetry, photography, and art. King Krule fully reactivated in 2017 with a handful of varied singles — the dreamlike ballad “Czech One,” the midtempo rocker “Dum Surfer,” and the rumbling “Half Man Half Shark,” all featuring saxophone from Ignacio Salvadores — that led up to The Ooz, an hour-long follow-up written during a three-year period. ~ Jason Lymangrover & Andy Kellman, Rovi