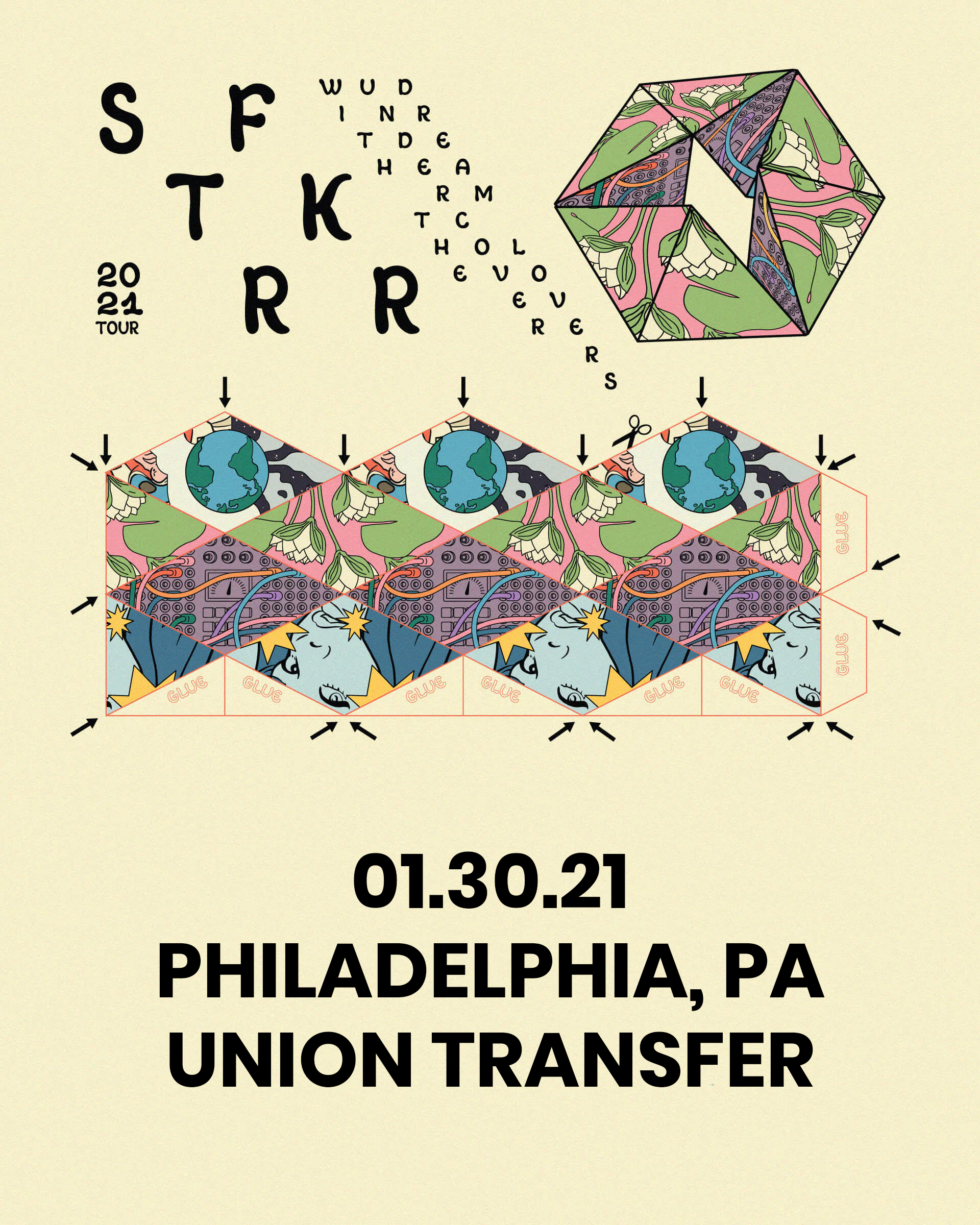 Buy Tickets
Saturday, January 30
Show | 8:30pm // Doors | 7:30pm
$25
The originally scheduled May 2nd show with STRFKR has been moved to January 30th, 2021. Your previous tickets will be honored for the new date. You do not need to do anything different! If you cannot make the new date, we are happy to offer a variety of exchange options. Requests must be made by July 4th. For the quickest response, e-mail us direct at info@utphilly.com.
RSVP on Facebook

Since the release of their 2007 debut album, STRFKR have relentlessly toured across the globe, delivering to their fans a guaranteed non-stop dance party.

With five proper albums, the band has a wealth of dance party hits at their disposal and their career-spanning live set is a sweat drenched laser soaked affair highlighted by their homemade light show.

STRFKR began as a vehicle for Josh Hodges’ songwriting but shortly after transformed into a full-fledged band with members Shawn Glassford and Keil Corcoran as well as additional rotating touring members.

The Undercover Dream Lovers is the Los Angeles based, psychedelic indie-rock, dreampop project by songwriter and producer Matt Koenig.