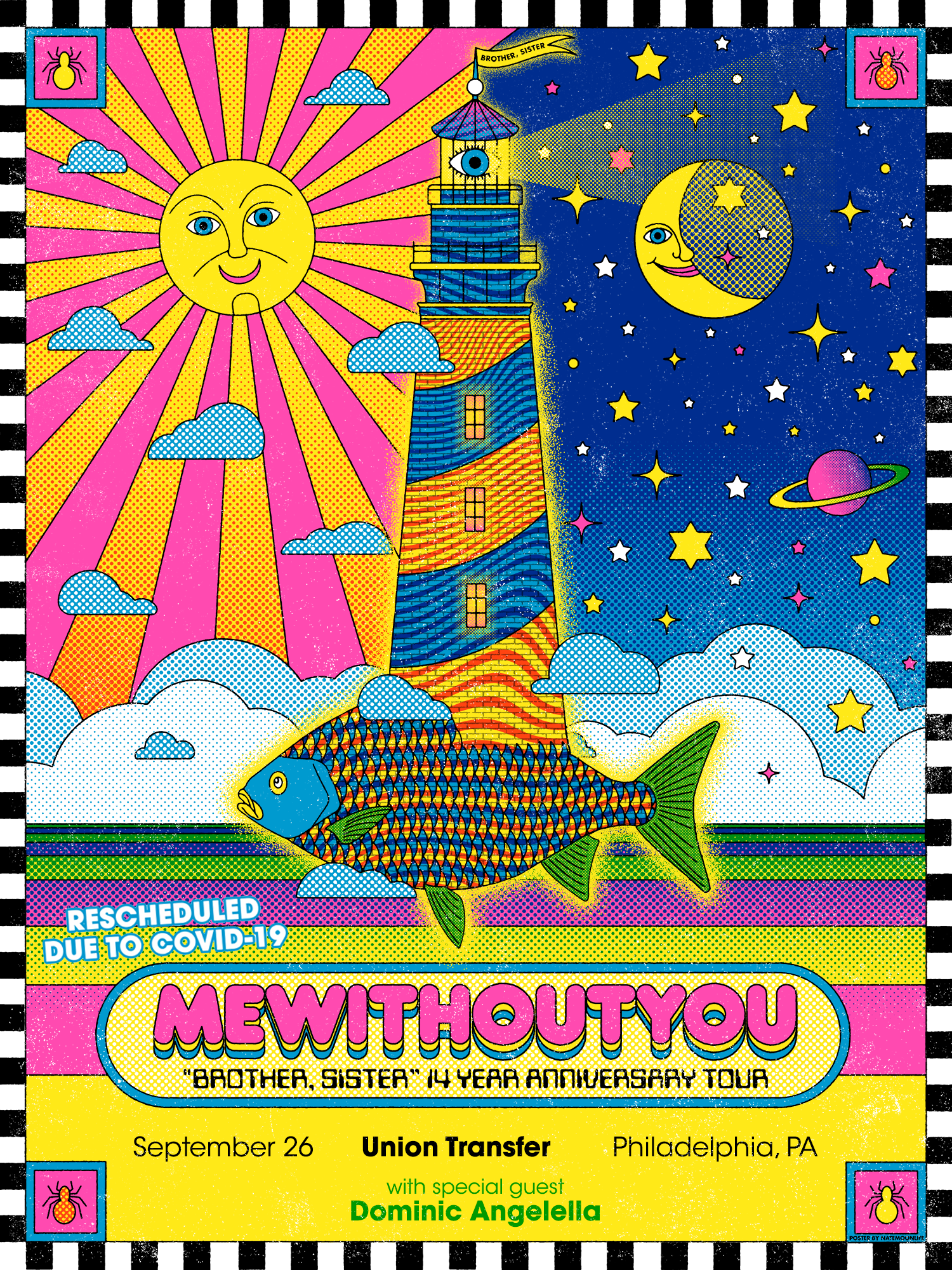 Postponed
Saturday, September 26
Show | 8:30pm // Doors | 7:30pm
The originally scheduled September 26th show with mewithoutYou has been postponed to a new date in 2021. The show is still on! Your previously purchased tickets will be honored on the new date! We are just about to announce the new show w/ the artist. If you cannot make the new date, we are happy to offer a number of refunds and alternatives. We just ask that you please wait until we are able to announce that new 2021 date, before you inquire about a refunds / exchanges etc. We'll e-mail all of the details to all ticket holders as soon as the artist makes them available. For the quickest response, e-mail us direct at info@utphilly.com with any questions or concerns.
RSVP on Facebook

It is no mistake that mewithoutYou have become one of today’s most fascinating experimental rock acts. The last 15 years have borne witness to the Philadelphia five-piece exercising stylistic evolutions and aerial dynamics with humbling dexterity and untamed ambition. At their roots may be a theatrical progressive punk/post-hardcore band, but they’ve never been content to remain comfortably within a familiar genre. Their continuous multi-directional movements have left them increasingly difficult to classify, the growth of their branches impossible to predict. The group’s sixth full-length album, Pale Horses, is the best evidence to date of their eclectic agility.

The one constant in mewithoutYou’s storied career has been lead singer Aaron Weiss’ ability to sketch ornate, thought-provoking narratives. Seamlessly weaving his signature holler amidst whispered storytelling and stream-of-consciousness outpourings, his latest offerings vacillate between the emotionally wracked, vibrantly symbolic, and ambiguously metaphysical. His meandering, technicolor vision of a world apocalyptic—populated with werewolves and vulturemen, shape-shifters and apparitions, android whales and an Idaho bride—combines the fantastic opulence of the group’s recent albums with the vulnerable personal confessions of their earliest work.

Longtime band-mates Mike Weiss, Rickie Mazzotta and Greg Jehanian continue to craft dramatic, nightmare soundscapes which lavishly complement their singer’s ecstatic hallucinations. The addition of Brandon Beaver (of Buried Beds, the Silver Ages) allows the group as a 5-piece to revisit its earlier intricate, layered fretwork, while adding new depths of vocal harmonies and ever-peculiar arrangements. Musically, the group hearkens boldly to the raw intensity of 2004’s Catch for Us the Foxes, while building on the rich imagery of 2006’s Brother, Sister. Epic in scope, Pale Horses is mewithoutYou at their best, breathing fresh life into the end times, gloriously terrifying and hauntingly iconic.

Their latest album also marks a new beginning for the band, as it’s their first to be released on Run for Cover Records. Teaming with the rising Boston independent label was the outgrowth of their partnership with Will Yip, whose masterful production transforms the band’s transcendental musings into a widescreen experience. Drums and bass lines quake with the faults of the earth, as an army of guitars and multi-instrumental nuances ring in the paranoia, mass hysteria and peaceful exaltation. The result is a stunning collage—fitfully disturbing, steadily bizarre, uniquely celebratory—undoubtedly the grandest musical adventure yet conceived within mewithoutYou’s expanding tapestry.

Dominic Angelella is a songwriter and musician from Baltimore, Maryland. He currently plays bass for Lucy Dacus, has toured with Natalie Prass and MewithoutYou, and has played on records by Kendrick Lamar, Juicy J, Hop Along, and more. He has released records with his projects Lithuania and Drgn King as well as music under his given name, and is currently working on a new solo LP.