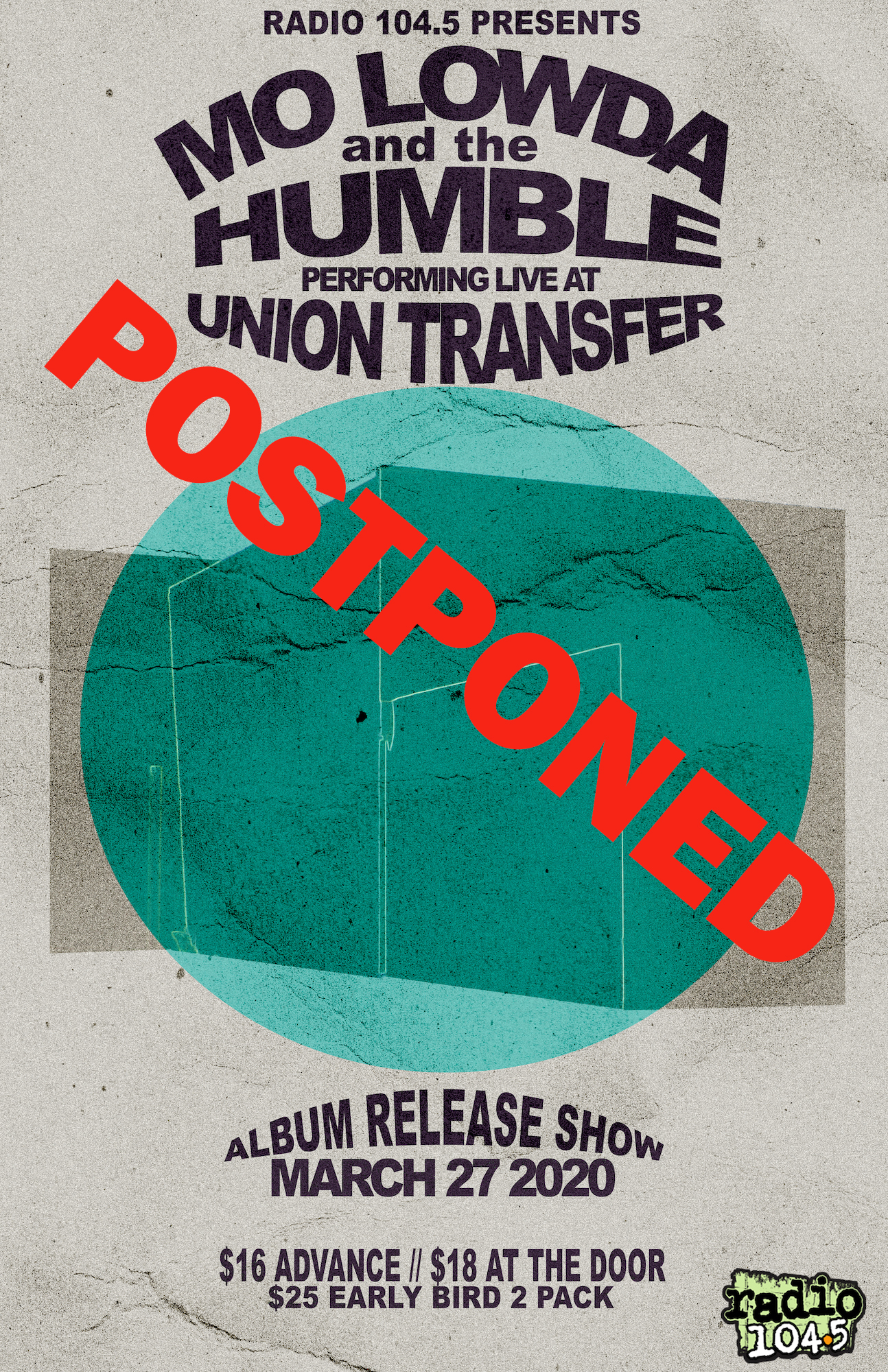 Postponed
Saturday, April 04
Show | 8:30pm // Doors | 7:30pm
The April 4th Mo Lowda & The Humble show at Union Transfer has been postponed to a date to be determined - All tickets for the new date will be honored - If you cannot make the new date, we will refund your ticket - Please wait until the new date is announced (unless the original concert date has passed) to inquire about a refund - Thank you for your patience and understanding!

Mo Lowda began with 3 high school kids. Those kids all ended up at the same college in Philadelphia, PA where other kids wanted them to play at their basement parties all the time. So, they did. All the time. They are no longer kids. Two full-length albums (2013, 2018) and an EP (2016) later, Mo Lowda & the Humble now average 100+ tour dates a year, nationally and internationally, including festivals like Firefly, Peach Fest, Mountain jam, and more. When they are not on stage, they are laughing. Sometimes even when they are on stage, they are laughing.

RFA is a four-piece garage rock and roll band from Philadelphia, PA. The strapping young quartet formed out of a couple of lunch table conversations about Elvis, The Rolling Stones and The Strokes while its members were just sophomores in high school attending St. Joseph’s Prep in North Philadelphia. All four of the guys—Dan Cousart (vox/guitar), Christian Turzo (lead guitar), Brendan McHale (bass/vocals), and Alec Powell (drums)—met at auditions for the school “rock band” and quickly hit it off, bonding over their shared love of stripped down rock and roll music and a ravenous hunger to perform in front of an audience. They played together in various bands throughout high school before finally coming together in their current incarnation when all four members moved to Philly for college.

The band, in good rock and roll fashion, immediately plunged into the Philly music scene head first, cutting their teeth playing countless shows in damp basements and small clubs, all the while honing their skills night after night and captivating whoever was lucky enough to experience one of their infamously raucous shows. Four years later with two EP’s, their self-titled album, two national tours, a film soundtrack, and countless hours of relentless, sweaty performances under their collective belt, the group is tighter than ever and anxious to preach their unique take on the rock and roll gospel to all that will listen—these four guys have something to say, and are going to say it the only way they know how: loud, proud, and with a shot of rye whisky for good measure.