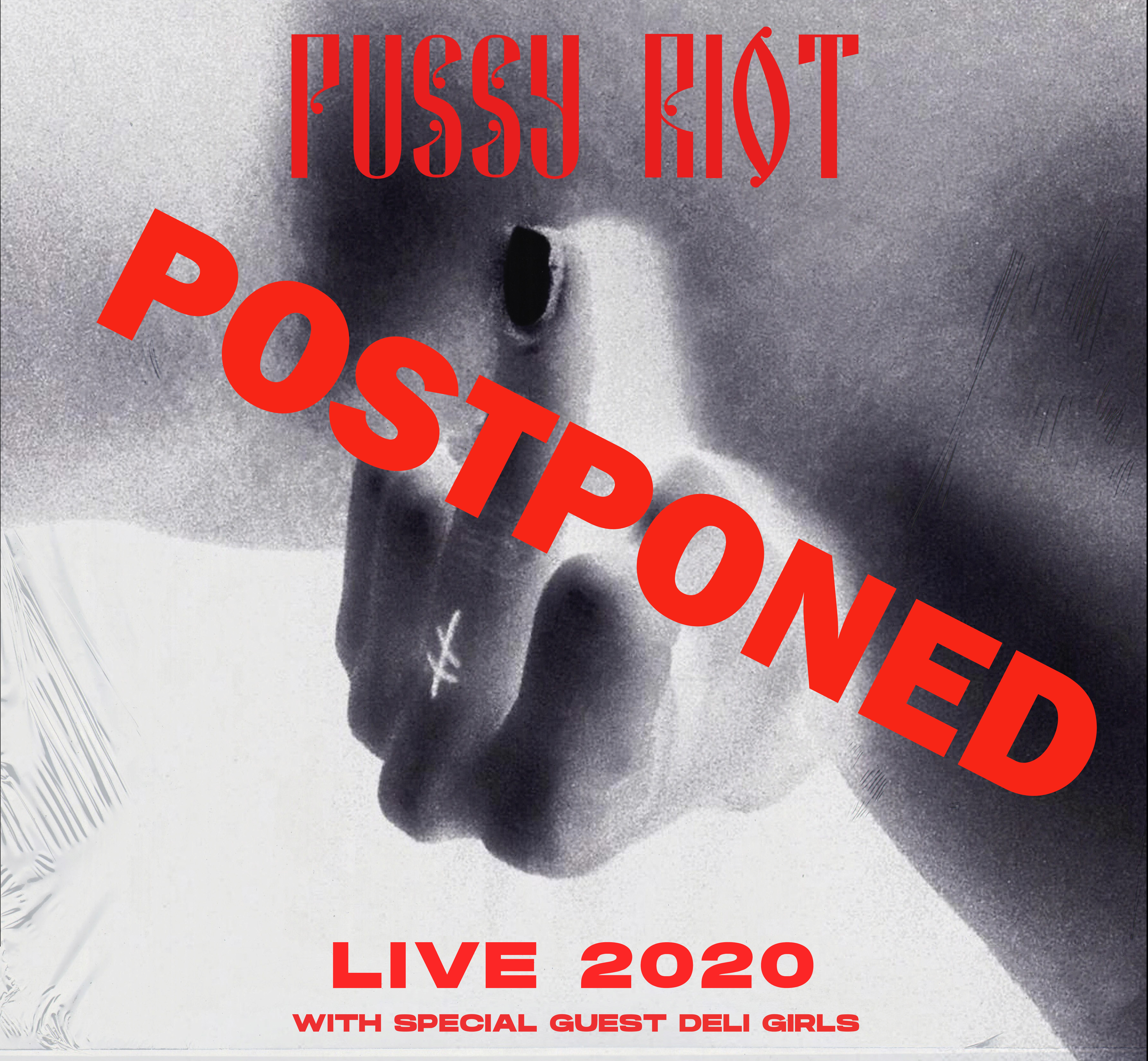 Postponed
Friday, April 03
Show | 8:30pm // Doors | 7:30pm
The April 3rd Pussy Riot show at Union Transfer has been postponed to a date to be determined - All tickets for the new date will be honored - If you cannot make the new date, we will refund your ticket - Please wait until the new date is announced (unless the original concert date has passed) to inquire about a refund - Thank you for your patience and understanding!
RSVP on Facebook

Pussy Riot is Russian Moscow-based activist art collective known for its provocative and radiant live music performances and actions that they keep doing since 2011 despite all the dangers coming from the harsh Putin’s regime.

In 2012 three members of Pussy Riot were arrested for performing a punk-prayer “Virgin Mary, please get rid of Putin” and convicted for two years in labor camps. Other known Pussy Riot’s music and performance pieces include “Putin has pissed himself”, “Death to prisons, freedom to protest!”, “Police state”, “Straight outta vagina”, “Make America great again”, “Refugees in” (a performance in Banksy’s Dismaland). In 2018 four members of Pussy Riot made international headlines by running onto a football field during the World Cup final demanding to release all political prisoners.

Pussy Riot’s live performance piece is led by Nadya Tolokonnikova, who served two years in jail, went through hunger strike protesting savage prison conditions and ended up being sent far away to Siberian penal colony, where she managed though to maintain her artistic activity and with her prison punk band she made a tour around Siberian labor camps. Nadya Tolokonnikova recently published a book “Read and riot: Pussy Riot’s guide to activism”, well-received by critics.

Pussy Riot performance on stage is a radical audio-visual live act touching topics like gender identity, personal freedom, climate change, transgression and how activism can help us to shape the better world.