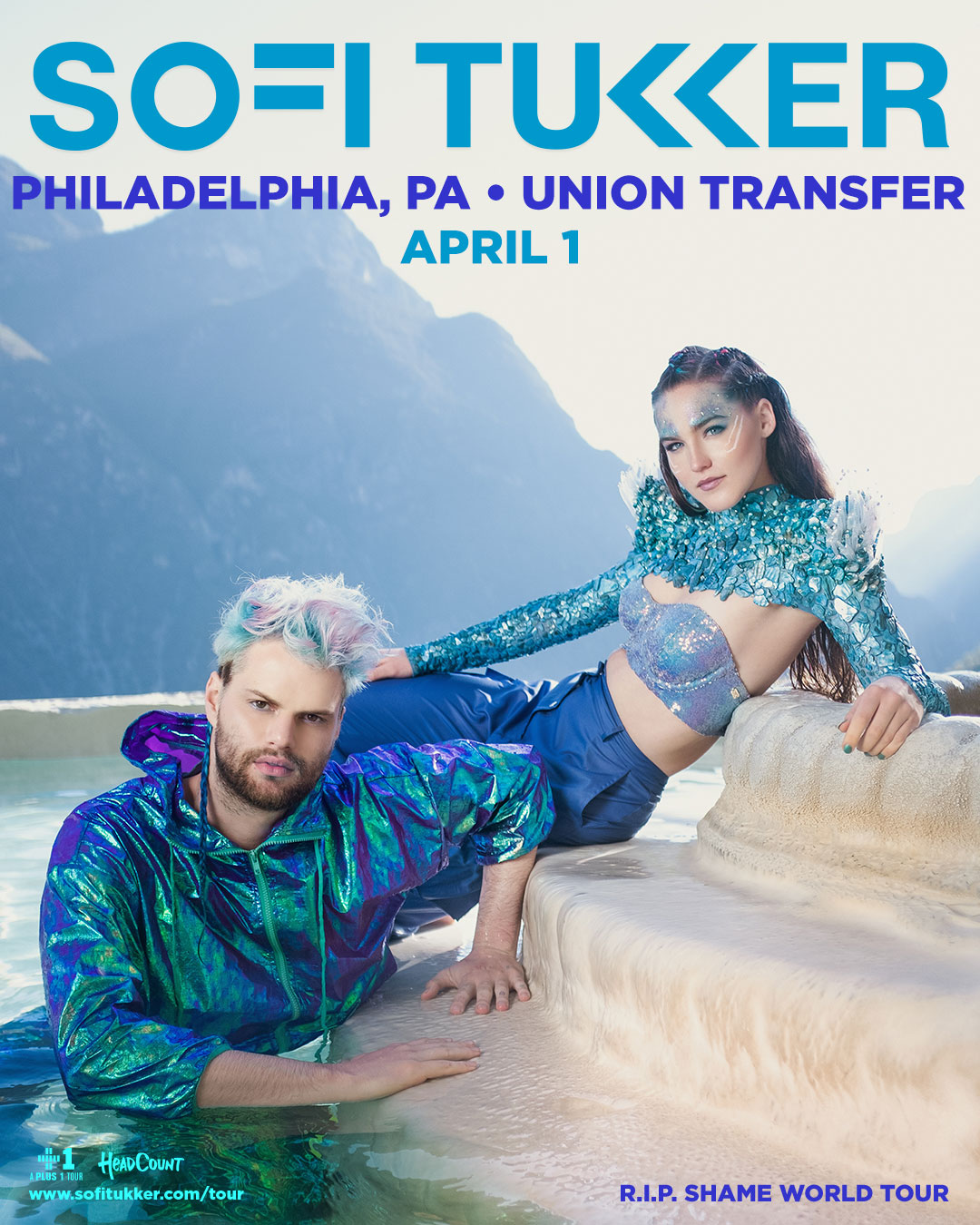 SOFI TUKKER is the genre-defying duo of Sophie Hawley-Weld and Tucker Halpern celebrated for their inclusive and global perspective on electronic music and their work’s themes of liberation, unity, and self-empowerment. Their debut single “Drinkee” was nominated for a Best Dance Recording Grammy® which was followed by Best Dance/Electronic Album Grammy® nomination for their debut album Treehouse. SOFI TUKKER’s music has charted on every continent other than Antarctica and in 2018 they had a top 20 hit on US pop, alternative, and dance radio with “Best Friend”. The group has performed on Good Morning America, The Tonight Show Starring Jimmy Fallon, CONAN, MTV’s TRL, and Last Call with Carson Daly. SOFI TUKKER are also passionate activists who have raised funds and awareness for Planned Parenthood, The Trevor Project, NAMI and the March for Our Lives.

Confidence Man are unarguably one of the hottest acts on the planet right now. A portable party that’s levelled dance floors and flattened festival crowds as it’s rolled out across the world, their performances are custom designed to make you dance and lose your cool.

Within only three years of their conception, they have already played at some of the biggest festivals in the world including Rock en Seine (Paris), Primavera Sound (Barcelona), Governors Ball (New York), Glastonbury (UK) and Splendour in the Grass (Australia).

The Australian four-piece (led by Janet Planet and Sugar Bones) now return with new single: ‘Does It Make You Feel Good’? Propelled by bouncy beats, a healthy helping of 90’s dance bop influence and a seductive repeated vocal, the cut pulls ever forwards to an all out disco breakdown. Constantly swirling and building, the song manages to fit a full dance-floor jam session into 4 minutes and 50 seconds. By the time it’s through, the song’s titular question will feel like the only one worth asking.

Parading within a brand of dance pop that sounds like Donna Summer and Giorgio Moroder gleefully discovering house music via Dee-lite, there’s no question that Confidence Man will make you feel good.

LP Giobbi is rock ’n roll with a disco soul, born draped in sequins and cloaked in fog at a seance in the mountains of Oregon.

She was trained in jazz piano at UC Berkeley before becoming a synth warrior goddess in Los Angeles. She uses her combined knowledge of music theory and sine wave creation to reach the enlightenment afforded by a clusterfuck of inclusivity. Her weapons are charisma, spunk, fearlessness, Pioneer decks, blacks and whites, DAW systems, fields of synthesizers, sequins, feathers and leopard print—and she’s not afraid to use them.

She’s shared the stage with everyone from Gallant (providing support for Billboard’s Next Big Sound showcase) to Madame Gandhi (playing synth bass and DJing), and is currently touring with Sofi Tukker throughout Europe and North America, throwing down her self-produced Afro-Cuban infused piano house tracks with her Korg M1.

When she’s not chasing down pianos to play jazz gigs, or producing, engineering and music directing, you can find her DJing and booking shows for W Hotels as their Music Curator, providing a platform of visibility to woman-identified acts with her initiative, FEMMEHOUSE, at August Hall San Francisco, and releasing tracks on Sofi Tukker’s new label, Animal Talk (which she also co-owns). You can also jump tits first into her wardrobe with her GIOBBI line of shirts.