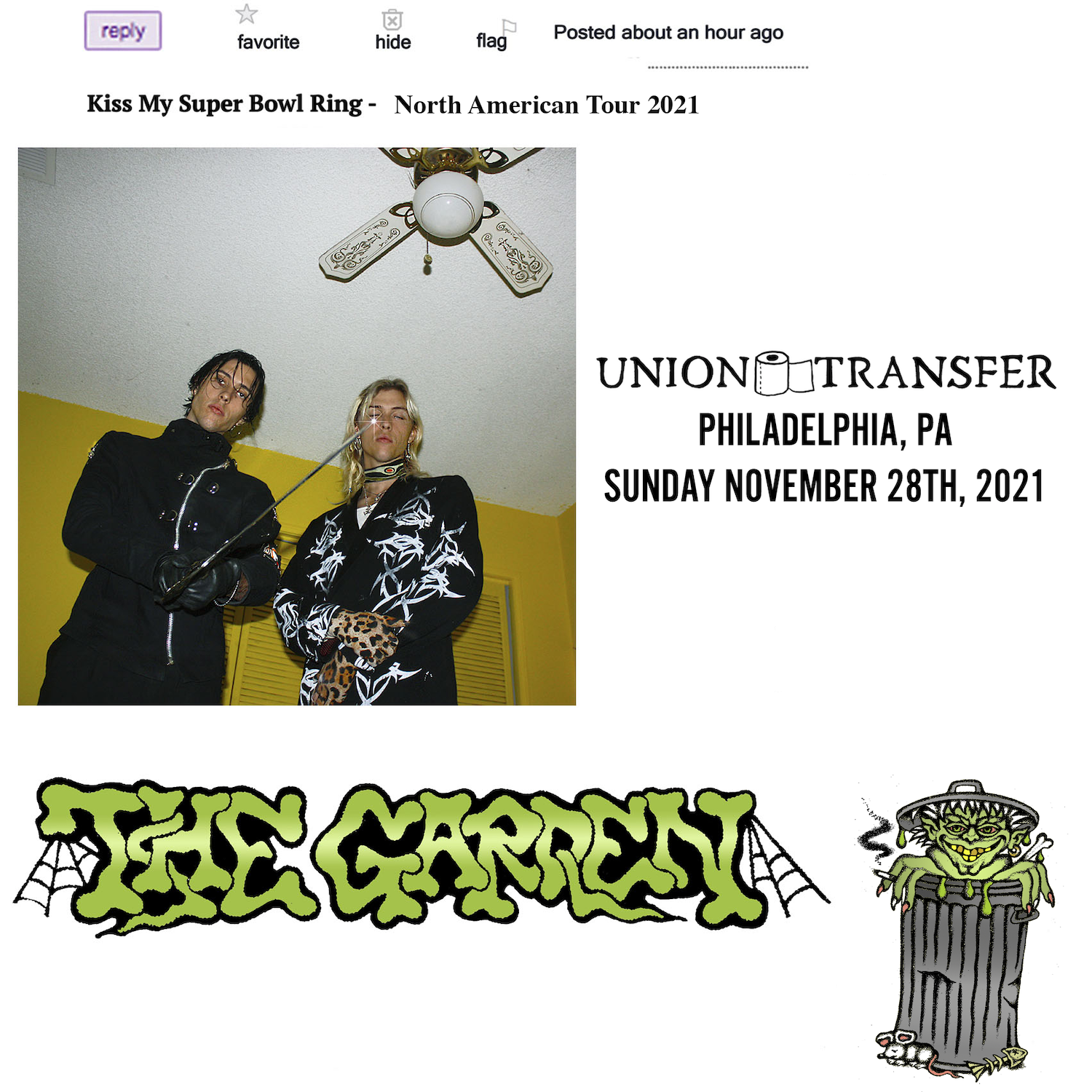 Sold Out - Click For Waiting List
Sunday, November 28
Show | 8pm // Doors | 7pm
The originally scheduled show with The Garden has been moved! Your previous tickets will be honored for the new date. You do not need to do anything different — just show up with your ticket(s) on the night of the show! Any questions, please e-mail us direct at info@utphilly.com.
RSVP on Facebook

Kiss My Super Bowl Ring, the fourth studio album from The Garden (Wyatt and Fletcher Shears), is available now. Though primarily self-produced, the album includes tracks co-produced by Dylan Brady, and Wharfwit, along with tracks featuring Ariel Pink, Khalif Jones (aka Le1f) and even a snippet from Carrot Top.

Southern California twin duo, The Garden have been carving their own path since their formation in 2011. Known musically for their fast, punk-influenced jungle and DnB styles, they have a total of three studio albums and four EPs under their name, including LPs The Life and Times of a Paperclip (2013), Haha (2015), and Mirror Might Steal Your Charm (2018). Touring at a constant rate across the US, Europe, UK, China, Japan, New Zealand, Australia, Canada, and Mexico since 2013, their show is a mix of aggressive, unpredictable and trickster-ish tendencies. Additionally, The Garden made their Coachella debut in 2019 with previous festival appearances at Camp Flog Gnaw, Sasquatch, Riot Fest, Concrete & Grass in Shanghai, Neon Desert, End of the Road Festival, Tropicalia, and more.