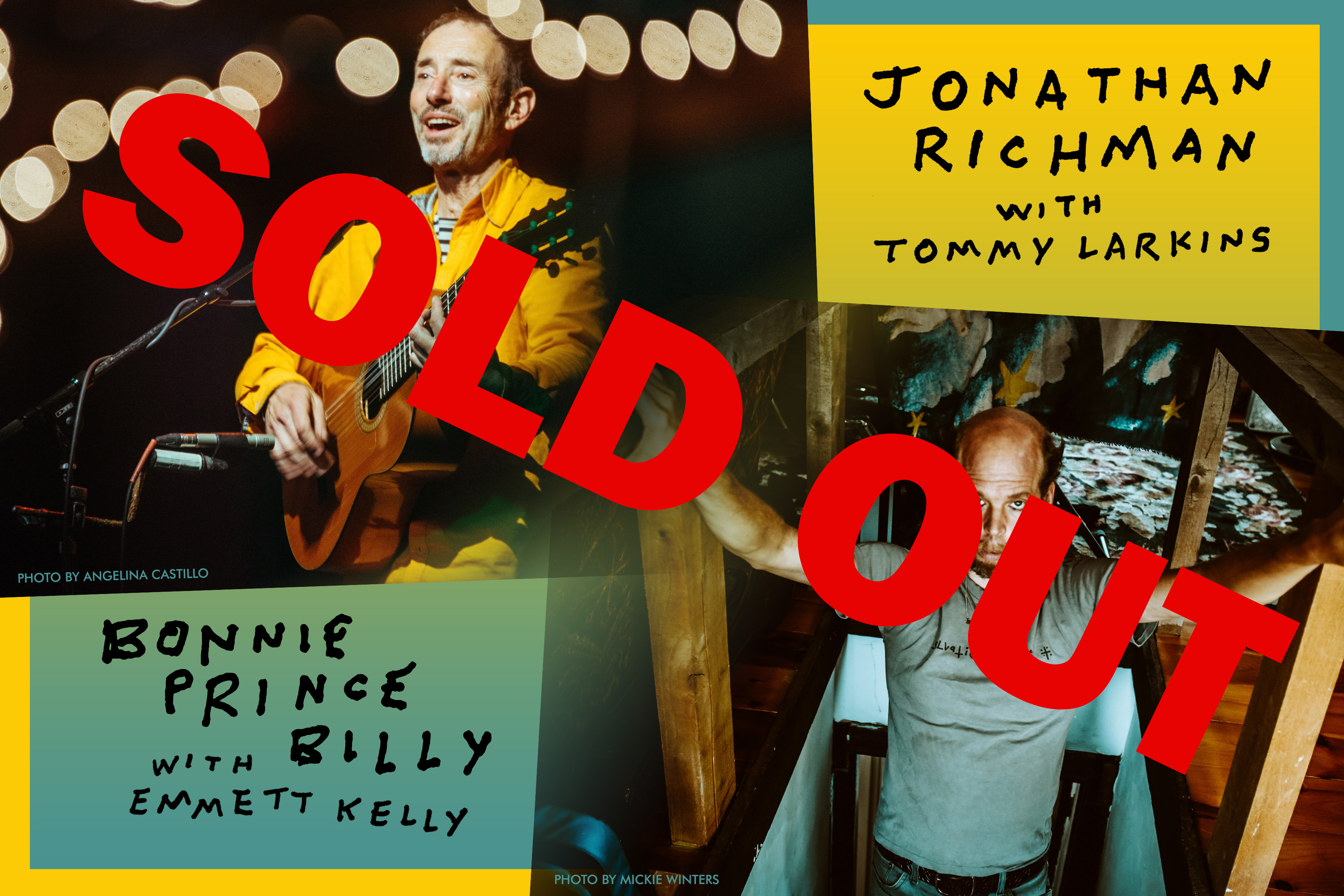 Jonathan Richman has been playing music, recording and touring for most of his life. Jonathan and his drummer Tommy Larkins win fans wherever they play. In the early 1970s, Jonathan formed the noted band The Modern Lovers. Tommy Larkins was in the groups Naked Prey, Giant Sand and other popular bands in Tucson, Arizona.

The man who acts under the name Will Oldham and sings and composes under the name Bonnie “Prince” Billy has, over the past quarter-century, made an idiosyncratic journey through, and an indelible mark on, the worlds of indie rock and independent cinema. With his highly individualistic approach to music making and the music industry, one that cherishes intimacy, community, mystery, and spontaneity; his brilliance has captivated fans and made Bonny one of our most influential and beloved songsmiths. Recent projects in 2016 include the collaborative LP with Bitchin Bajas (EPIC JAMMERS AND FORTUNATE LITTLE DITTIES); a split 7” with Oscar Lee Riley Parsons; numerous performances with neo-classical ensemble 8th Blackbird; a collection of recordings, POND SCUM, made over the years under the auspices of John Peel’s BBC radio program; and co-writing and performing “The Dragon Song” in Disney’s PETE’S DRAGON movie. 2017 will find Bonny performing with Bitchin Bajas, Eighth Blackbird, in addition to rare and scattered solo shows.