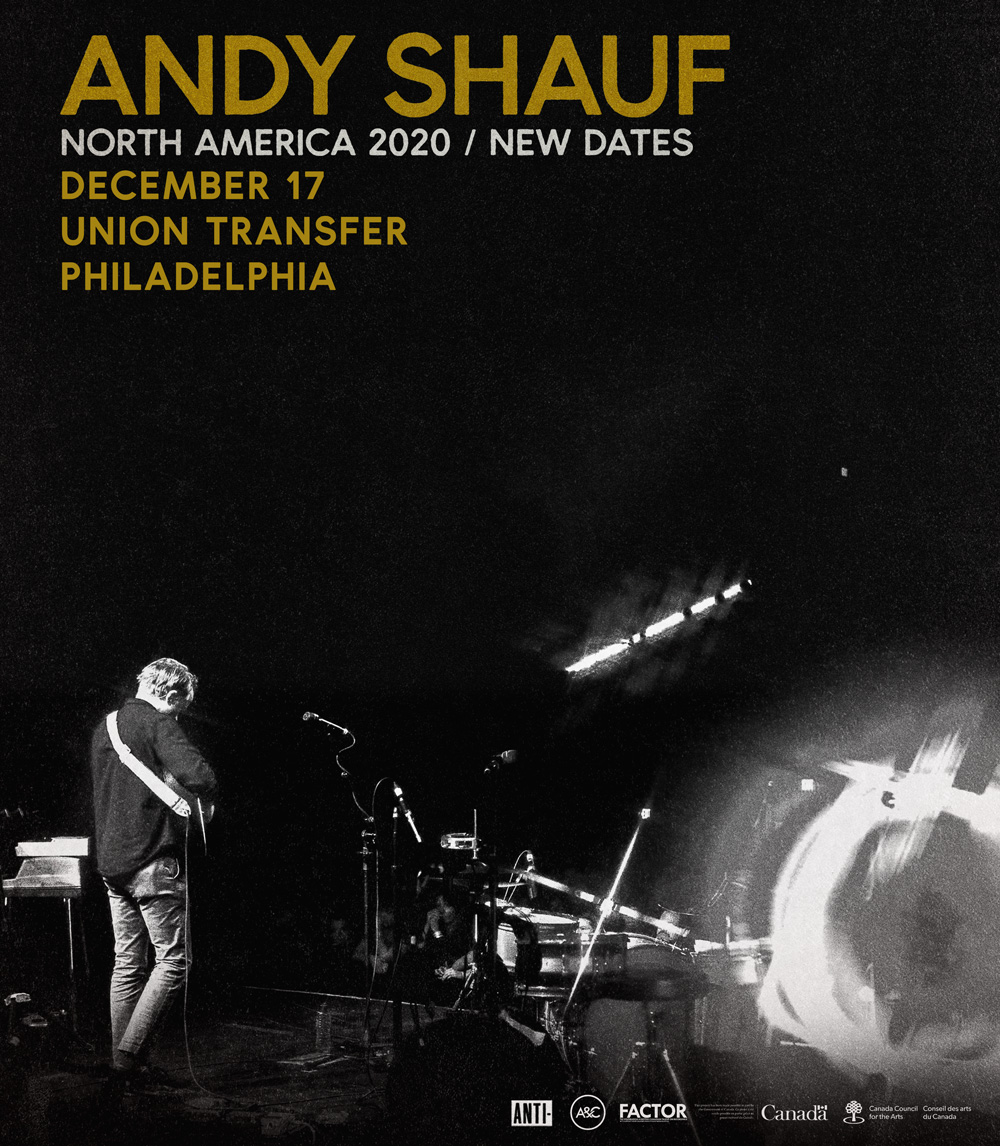 Buy Tickets
Thursday, December 17
Show | 8:30pm // Doors | 7:30pm
$20
Hello! We hope everyone is staying safe out there. Wanted to let you know that the originally scheduled May 1st show with Andy Shauf has been moved to December 17th. All existing tickets for the new date will be honored! If you cannot make the new date, we are happy to refund you. Refund requests must be made by March 28th. Thank you for your patience and understanding! xo, Union Transfer
RSVP on Facebook

Few artists are storytellers as deft and disarmingly observational as Andy Shauf. The Toronto-based, Saskatchewan-raised musician’s songs unfold like short fiction: they’re densely layered with colorful characters and a rich emotional depth. On his new album The Neon Skyline (out January 24 via ANTI-), he sets a familiar scene of inviting a friend for beers on the opening title track: “I said, ‘Come to the Skyline, I’ll be washing my sins away.’ He just laughed, said ‘I’ll be late, you know how I can be.'” The LP’s 11 interconnected tracks follow a simple plot: the narrator goes to his neighborhood dive, finds out his ex is back in town, and she eventually shows up. While its overarching narrative is riveting, the real thrill of the album comes from how Shauf finds the humanity and humor in a typical night out and the ashes of a past relationship.

The Party earned a spot on the Polaris Music Prize 2016 shortlist and launched Shauf to an appearance on The Late Late Show with James Corden as well as glowing accolades from NPR, The Washington Post, The Guardian, and more. “That LP was a concept record and it really made me want to do a better album. I wanted to have a more cohesive story,” says Shauf. Where the concept of The Party revealed itself midway through the writing process, he knew the story he wanted to tell on The Neon Skyline from the start. “I kept coming back to the same situation of one guy going to a bar, which was basically exactly what I was doing at the time. These songs are fictional but it’s not too far off from where my life was,” Shauf explains.